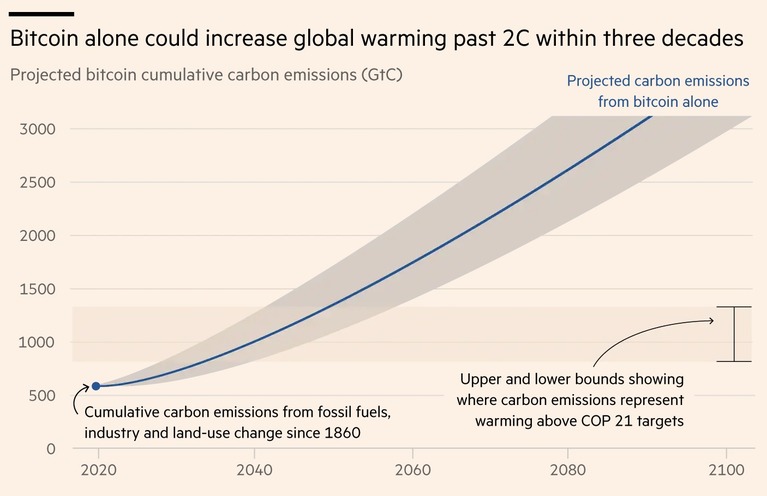 BIG IDEA | “Bitcoin alone consumes as much electricity as a medium-sized European country.”

‘ “Bitcoin alone consumes as much electricity as a medium-sized European country,” says Professor Brian Lucey at Trinity College Dublin. “This is a stunning amount of electricity. It’s a dirty business. It’s a dirty currency.” ’

‘Energy consumption on some scale is a feature, not a bug, of bitcoin — a digital currency launched by the pseudonymous Satoshi Nakamoto 12 years ago.’

‘It does this by awarding miners coins in return for intensive puzzle-solving on the blockchain, making it a so-called “proof of work” coin.’

‘This all demands powerful machines running at full tilt.’