'Biden's Speech Calls for U.S. to Take On China and Russia' 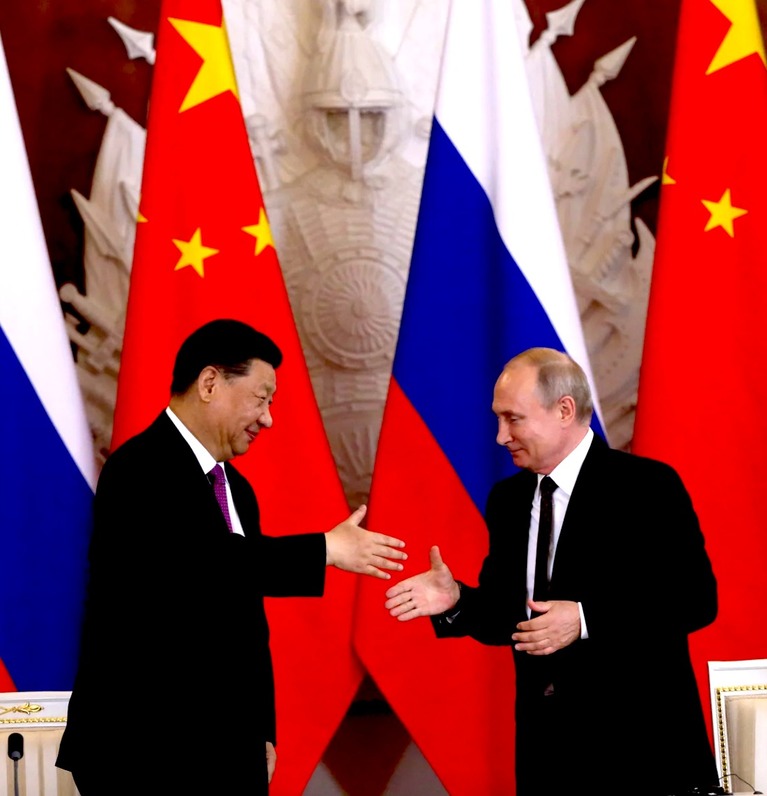 ‘President Biden justified his broad vision to remake the American economy as the necessary step to survive long-run competition with China, a foot race in which the United States must prove not only that democracies can deliver, but that it can continue to out-innovate and outproduce the world’s most successful authoritarian state.’

‘What is becoming clear from Mr. Biden’s first months in office — and from the Wednesday speech — is that he is pursuing very different strategies for China and Russia.’

‘Xi Jinping is “deadly earnest on becoming the most significant, consequential nation in the world,” Mr. Biden argued.’

‘In contrast, he regards Mr. Putin’s Russia as a declining power whose only real capability is to act as a disrupter — one that seeks to split NATO, undermine democracy and poke holes in the computer and communications networks that the United States, and the rest of the world, depend upon.’

‘But making this twin strategy of competition and containment work, Mr. Biden acknowledged at one point, depends on persuading Americans to make the necessary investments, and convincing allies that the United States would have their backs.’

‘’Mr. Xi and President Putin, who are developing their own alliance of convenience to challenge the United States, are among those who “think that democracy can’t compete in the 21st century with autocracies, because it takes too long to get consensus.” ’