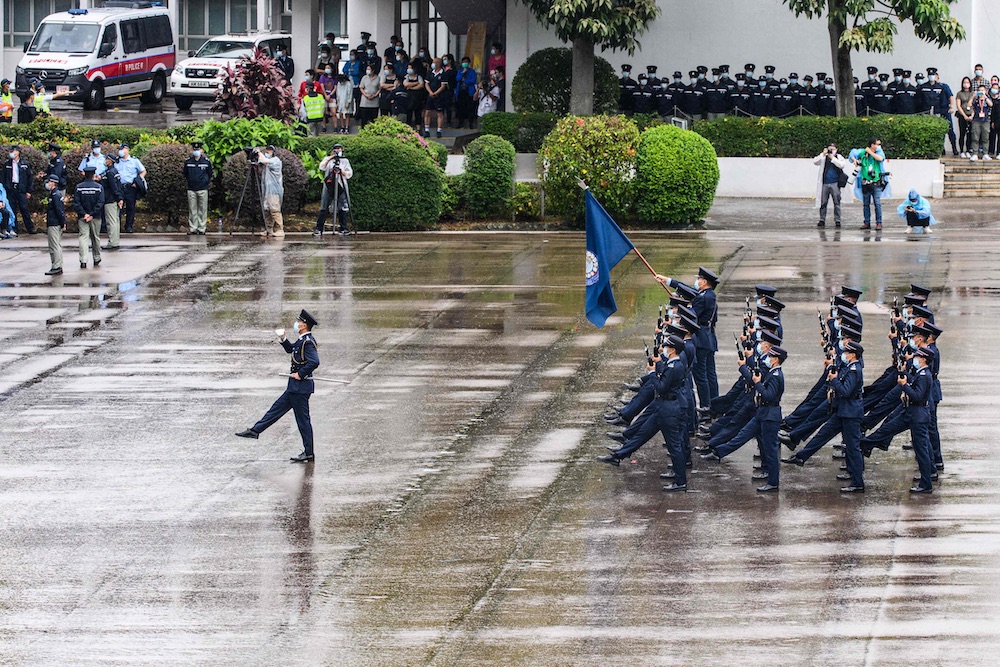 BIG IDEA | ‘April 15 was not a normal Thursday in Hong Kong. That occasion, the first “National Security Education Day” since China imposed a tough security law in June, was the most visible display of Hong Kong’s fall from a relatively free, boisterous territory to an ­Orwellian place that resembles the repressive mainland.’

The China Macro Reporter has tracked Beijing’s takeover of Hong Kong each step of the way.

But reading about 'National Security Day' was especially tough.

National Security Day itself is not especially significant.

As the article reports:

‘Teachers were told to make the point that adhering to the national security law is as simple as following school rules.'

'Kindergarten students, many as young as three, were spared the booklets because they cannot read.'

'At the Hong Kong Police College, the visuals were a mix of cute and cuddly, dark and authoritarian.'

‘There were commemorative items:'

And just so the children have no doubt about their country’s boundries, here is screenshot from the cartoon ‘Let’s Learn about National Security’ with the Smart Owl, aimed at primary school children – complete with the Nine-Dash Line outlining China’s illegal claim to the South China Sea and including Taiwan.

There were lots more fun activities to teach children about the National Security Law and what a wonderful change it is for Hong Kong.