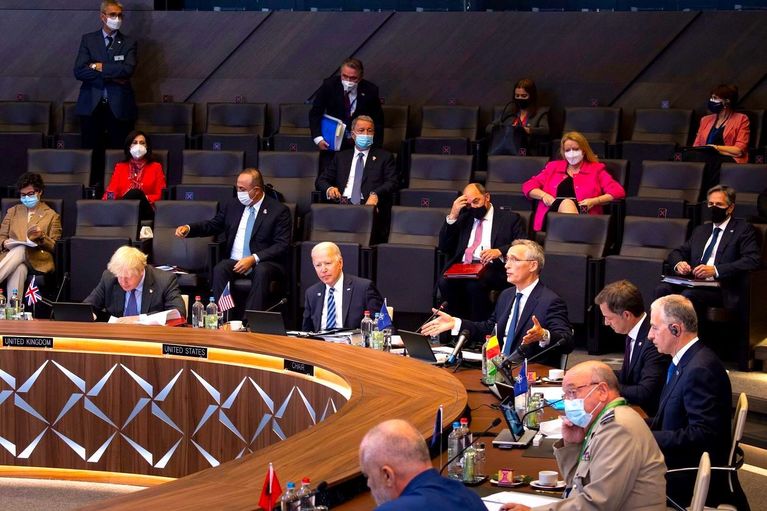 BIG IDEA | ‘The one-two punch of public criticism smacks directly into Mr. Xi’s assertion that China won’t stand for lecturing by other nations, suggesting anxiety in key capitals is prompting governments to seek alignment with the U.S. over attempting to manage the relationship with Beijing on their own.’

‘Major democracies rallied together this week to issue extraordinary back-to-back rebukes of Beijing, marking a shift toward collective action and pushing back against President Xi Jinping’s strategies to position China as a global leader.’

‘President Biden vowed his China policy would feature alliance building to hold China accountable and the G-7 and NATO events marked his first opportunity to promote the vision on an international stage.’

‘Discontent about China has built for some time among democratic nations that are concerned about its detention of Muslim Uyghurs, undoing of freedoms in Hong Kong, coercive trade practices and military provocations against the democratic island Taiwan, and all were highlighted in the G-7’s statement.’

‘The G-7 language was tougher on China than the document produced by the larger, 30-member NATO grouping.’

‘The G-7 and NATO positions underscore deepening divisions of their members with China that risk a new type of Cold War, says Larry Diamond, a senior fellow at Stanford University’s Hoover Institution.’

‘The one-two punch of public criticism smacks directly into Mr. Xi’s assertion that China won’t stand for lecturing by other nations, suggesting anxiety in key capitals is prompting governments to seek alignment with the U.S. over attempting to manage the relationship with Beijing on their own.’

‘Hours after the G-7 event concluded, China’s embassy in the U.K., where the summit was held, issued a point-by-point denunciation of the communiqué as distorted and slanderous.’

‘A spokesman for China’s Foreign Ministry rejected the statements in the G7 communiqué as the misguided work of “small circles” and primarily the U.S.’

‘Government-run media outlets in China mocked the G-7 by showing a rendering of Leonardo da Vinci’s painting “The Last Supper” that was widely circulated online.’