'Apple in China: No Plan B' 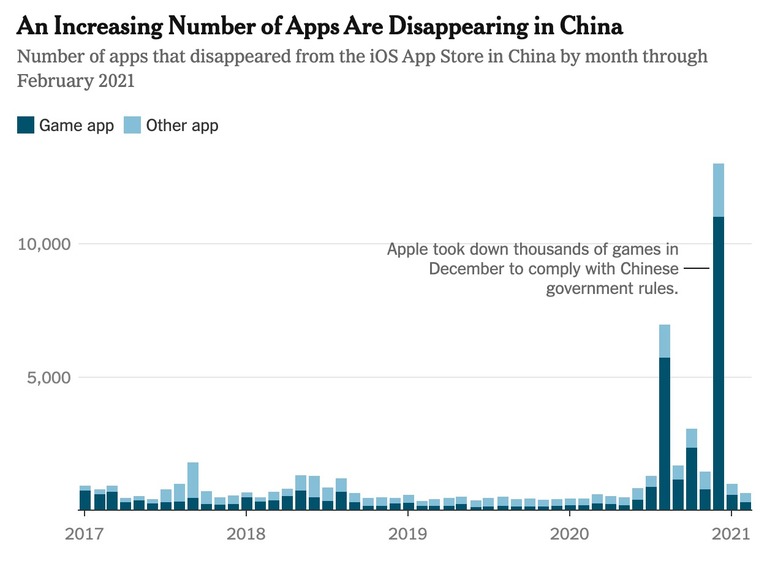 BIG IDEA | “This business model only really fits and works in China. But then you’re married to China.”

‘The Chinese government was starting to pass laws that gave the country greater leverage over Apple, and Mr. Xi would soon start seeking concessions. Apple had no Plan B.’

‘In 2014, Apple hired Doug Guthrie, the departing dean of the George Washington University business school, to help the company navigate China, a country he had spent decades studying.’

‘One of his first research projects was Apple’s Chinese supply chain, which involved millions of workers, thousands of plants and hundreds of suppliers.’

‘ “This business model only really fits and works in China,” Mr. Guthrie said in an interview.’

‘The Chinese government was starting to pass laws that gave the country greater leverage over Apple, and Mr. Guthrie said he believed Mr. Xi would soon start seeking concessions.’

‘ “For Chinese authorities, this is no longer about, ‘How much money are you pouring into China?’ This is about, ‘What are you giving back?’” Mr. Guthrie said.’

‘As Mr. Guthrie was delivering his warnings, Apple set about keeping the Chinese government happy.’

‘But those R&D centers complicated Apple’s image as a California company.’

‘ “The statement was deeply offensive to them,” said Mr. Guthrie, who left Apple in 2019 to return to his home in Michigan. “They were just furious.” ’