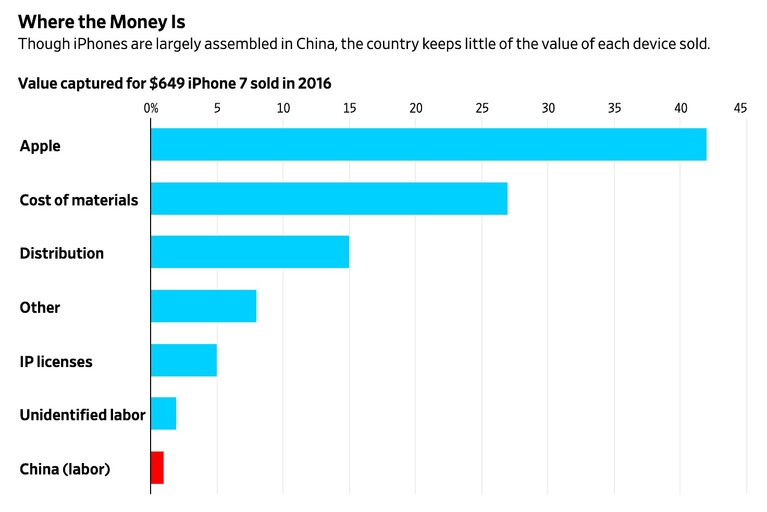 BIG IDEA | "The massive and complete supply chain ecosystem in China is key to the iPhone maker's success, but it has also created a gigantic organism that would struggle to move somewhere else."

‘Soon after Tim Cook was hired by Apple's founder Steve Jobs in 1998 to whip the company's U.S.-focused supply chain into shape, he made a bold decision.’

‘His decision drove down costs and gave Apple the resources it needed to develop its next blockbuster products, the iPod and iPhone.’

‘But eight years after Cook became CEO, this strategy is being called into question.’

‘ "The massive and complete supply chain ecosystem in China is key to the iPhone maker's success, but it has also created a gigantic organism that would struggle to move somewhere else," says Jeff Pu, a veteran analyst at Hong Kong-based GF securities.’

‘The difficulty lies both in the complexity of iPhone manufacture, where much is still done by hand, and in the ecosystem of components, logistics and talent that has been built up in and around Apple manufacturing sites.’

‘Apple's dilemma is that its own high standards have created a uniquely competitive supply chain that would take years to replicate.’

‘Cook has repeatedly insisted that Apple is no longer in China for reasons of cost. Now, it is about access to a deep pool of manufacturing talent and labor.’

"The smartphone supply chain is the most complicated one in the world ... and it's the most difficult one to shift to anywhere else given its deep roots in China," Kao said.’