'After the protests - China is not just shackling Hong Kong, it is remaking it' 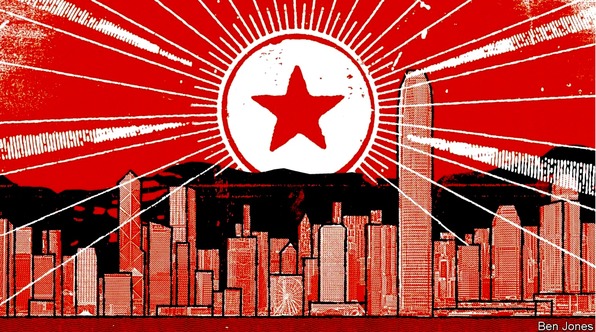 BIG IDEA | ‘The old Hong Kong is gone. Judge Mr Xi’s China by what it builds in its place.’

The tyrannical moves by a nation's most implacable foe are seldom credited with any good intentions.

And so it might be with Beijing and Hong Kong.

The problem for those us who abhor Xi's vision is crediting him with anything other than a desire to control the city.

Those parts convey the notion that beyond the obvious goal of bringing Hong Kong to heel, Mr. Xi wants to solve problems for benefit of the city.

According to the article: ‘Talk to Chinese officials and state-backed scholars, as well as to pro-government politicians in Hong Kong, and they will insist that neutralising the opposition is a necessary step towards a greater goal:’

Beijing, it says, has ‘real concern about Hong Kong’s income inequality, which is among the most extreme in the developed world, and the cruelly high costs of housing in the territory.’

‘Western critics focus on the blow that the new election law lands on pro-democracy parties.’

‘Beyond that assault on Hong Kong’s old-school business bosses, a wider campaign is brewing to craft a new “capitalism with Hong Kong characteristics”.’

Also, ‘National leaders do not hide their exasperation with the low calibre of many who enter Hong Kong politics today.’

‘The old Hong Kong is gone.’

Much the same could have been said for the Nazi reforms in Germany in the 1930s.