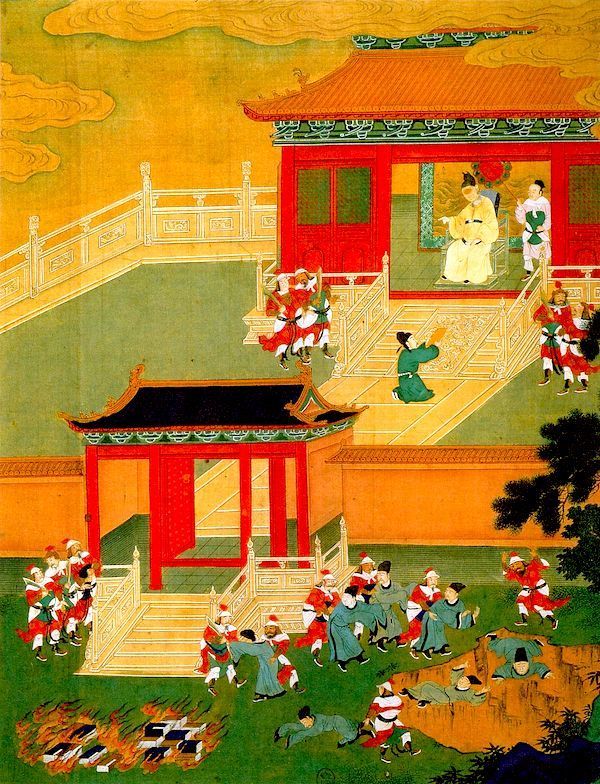 BIG IDEA | ‘On Monday, because of an 1,100-year old poem about events 2,200 years ago posted by the founder of food delivery giant Meituan, investors panicked, and sank the company’s market cap by $15.6 billion. And Meituan CEO Wang Xing, who posted the poem, lost $2.5 billion of his wealth.’

Throughout most (all?) of Chinese history, criticizing the leader (until the last 100 years or so, that was the emperor) has been a risky business.

So from early times, the Chinese developed indirect ways of making their points – that have the advantage of plausible deniability.

Foremost among these is quoting an old poem that seems to nothing to do with the current regime.

Because of the long use of poetry in this way, officials, as well as ordinary people, are always on alert.

Here’s the latest in a long history.

‘On Monday, May 10, because of an 1,100-year old poem about events 2,200 years ago posted by the founder of food delivery giant Meituan, investors panicked, and sank the company’s market cap by $15.6 billion.’

‘The short, 28-character poem was about the infamous book burnings by Qin Shi Huang, the first emperor of China.’

‘The poet Zhang Jie’s sarcasm is clear: all that repression was pointless because the real danger to the Qin Dynasty was not from intellectuals but from illiterate warriors like Liu Bang, whose Han dynasty would soon replace the Qin.’

‘Investors worried that chief executive Wang Xing was using ancient poetry to complain about the ongoing anti-trust regulatory crackdown and to make a veiled comparison of the ruthless ancient emperor and China’s current authoritarian government.’

Meituan already had enough to worry about.

‘Wang has deleted the post and clarified his intentions, saying the ancient poem reminded him that the most dangerous corporate competitors were usually not the expected ones.’